I live in West Philadelphia, and I am 68 years old.  I have worked at the Office of HIV Planning for at least fifteen years.  I enjoy reading and spending time with my children and grandchildren.  They bring such joy to my life. 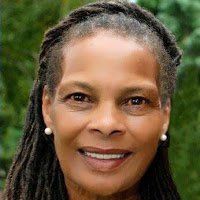 I have come to know some very interesting, intelligent, and special people while employed at this office – many of whom are no longer walking on the earth but will always be remembered in spirit.   I came in contact with this organization while I was working at the campus ministry at Temple University.  The director of what was known as the Philadelphia EMA HIV Commission needed someone that she thought was trustworthy to keep track of billing, reimbursements of payments and other clerical duties, and I was recommended for the position.

Needless to say I am still here, but the name has changed to the Office of HIV Planning.  We had a very small staff at the time, and therefore I was responsible for taking minutes for various committees, as well as taking care of meeting logistics, such as ordering food, giving out tokens, and making telephone calls to make sure everyone knew the meeting dates and times.   As I became more and more involved with my role in the process, I became closer and closer to the participants that I came in contact with.  My life will always be affected by the people I have met through this office.   They have been a blessing to me in ways I cannot explain. Many of them only know me as Ms. Mary. I still pass out tokens at meetings and make sure all reimbursements are processed in a timely manner, but I no longer take minutes.

I also get to hear about what's going on in many of the lives of those attending meetings on a more personal level.  Often I hear about doctors’ visits and ailments. Sometimes people will just stop by my desk to ask for prayers for something they or someone else may be going through.  I think highly of many of the people that continually give their lives to making a difference in this epidemic - especially the Dale Grundys, the Diane McFaddens, the Rick Britts, and others that worked endlessly and tirelessly to make changes to policies they believed were not in the best interest of those living with HIV/AIDS.  They have gone on, but there are new workers to take their place.  Whenever I get up in the morning not wanting to get up to come to work, I think about the challenges these friends and others experience on a day to day basis. It gives me strength.

If there was one policy that I would like to see implemented, it would be partner notification.  Having been married to a gay male before the epidemic was as prevalent as it is today, I feel that I would have wanted to know if he was positive.  At least I would have had a choice to make.  However, he would not admit that he was gay, so why would he have admitted he was positive.  I am not passing judgments on anyone, but feel that if one has to take responsibility for their actions, they may become less likely to show precocious behavior when they are infected with HIV/AIDS.

I would like for anyone that may have the opportunity read this to know that I am sincere about my compassion for humanity, whether it is someone with HIV/AIDS, a homeless person on the street, or someone else that has come in contact with the challenges of today's society.  I have also had many, many challenges in my life. God has been merciful to me and I feel blessed.

This post is part of our World AIDS Day blog series celebrating the Philadelphia-area HIV/AIDS community.